A history of Groenvlei Farm

The quiet and peaceful Groenvlei ("Green Marsh") of today was known as Helhoek (Hell's Corner) in days gone by. The reason for such an unusual name will become evident as you read a bit of the history.

William John Burchell - the famous botanist, zoologist, ethnologist, linguist, geographer, cartographer, artist, etc was 29 when he came to the Cape in 1810. He spent 5 years travelling “for the purpose of acquiring knowledge” as he put it.

In his diary ; “Travels in the Interior of Southern Africa” he mentions spending a few days here at Groenevalley 1 May 1812! He probably used the same small house, which has since been extended and used as our venue (circa 1780’s).

Johann's grandfather, P.J.A. (Abie) van Heerden, bought Groenvlei in 1948 for the sum of £30100 from the Grobbelaar family. The Grobbelaars having owned the farm for about 140 years. We still today have original Title Deeds that date back to 1837 in favour of the Grobbelaars. Their cemetery is situated near the Lucerne shed amongst the cypress and pine trees.

Although the last owner Koos Grobbelaar was known to be a good farmer, alcohol became his downfall. He and his wife Maria had four sons and three daughters, the sons also became alcoholics. The boys were named after famous Generals: the eldest being called Kruger (Paul Kruger) who lived on Groenvlei with his parents. The second was nicknamed Wilde Boy, (named after the French General De Villa  Bois) who lived at De Tuin ("The Garden"), which now is part of Krugerskraal. Ruins of the homestead can still be seen along the De Tuin hiking trail. The third son, Gilbert (named after the British General Gilbert of World War I fame) had his home at Muishoek ("Mouse Corner"). The youngest son Eloff or "Loffy" (named after "Generaal " Eloff) apparently did not stay on Groenvlei permanently and died in 1987 in an old age home in Graaff-Reinet

Many fights were had between the boys and differences were settled through the barrel of a gun. The Justice of Peace was called out many times to stop the "fight". Amazingly enough, they never hit each other in their drunken state. Legend has it that Wilde Boy's wife had to on more than one occasion fire a shot at him with a shotgun in self-defence. Apparently Kruger's wife also took a pot-shot at him in self defence which left him mentally retarded and he eventually died. Ballistics at the time identified the weapon as a 6.35mm calibre pistol and the case was never closed because they could not find the "murder weapon". Fifty years later the rusted remains of a 6.35mm Walther Browning (in the display cabinet) was found whilst cleaning the fountain dam.

By now I am sure you will agree that Groenvlei was the Capital of a real "Helhoek". When Abie van Heerden bought Groenvlei it was understandably very neglected. Although he was already 53 years of age they got stuck in and with extreme hard work managed to virtually re-construct the whole farm over a period of approximately ten years. The fruits of their efforts are clearly visible when one studies the big aerial photo in the lounge of the guesthouse. At the time when Abie van Heerden bought Groenvlei, De Tuin was not included in the deal although it was part of the Grobbelaar empire. Kota du Toit, owner of Krugerskraal at the time, bought this 1 200 Ha. piece of land. On Friday, April 13th 1984 Johann bought Krugerskraal, which included De Tuin, and so at last the original Groenvlei became a unit again.

The farm Doornberg ("Thorn Mountain"), just outside Nieu-Bethesda, is really the old Van Heerden family farm and, although Abie and his brother Peetsie were the best of business partners, realized that they could not expect the same from their sons. This is the reason for him buying Groenvlei. Plagued by old rugby injuries, and walking with the aid of a walking stick, Abie van Heerden explored the 4 084 morgen of Groenvlei for many hours during the summer of 1948 before the farm sale. The piece of land known as Witkop ("White Head") was part of Doornberg and was part-payment in the settlement between the Van Heerden brothers and today also belongs to Groenvlei.

Abie and Molly (nee Fichardt) van Heerden had three children. Joey the eldest, who is Johann's mother, a son Braham, died of cancer in his early thirties and the youngest Edna, was killed in a car accident when she was in her middle twenties. Abie passed away in 1971, leaving the farm to his only surviving child, Joey. Molly, who in her lifetime buried six of her eight brother and sisters, two of her children and her husband, died in 1995 at the age of 87.

Incidentally, the crest or coat of arms that appear on the pamphlets, entrance gate, wallpaper, etc., is that of the Van Heerden family.

This is our trademark we use in honour of their memory and pay tribute to all their efforts in beautifying Groenvlei.

The restoration of the old Barn was completed in 2011 and is popular for functions and big groups. 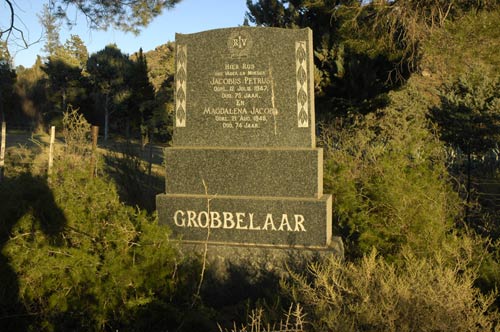 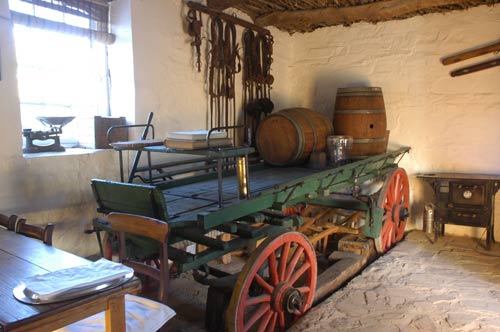 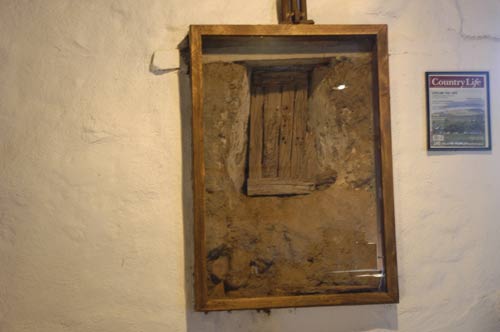 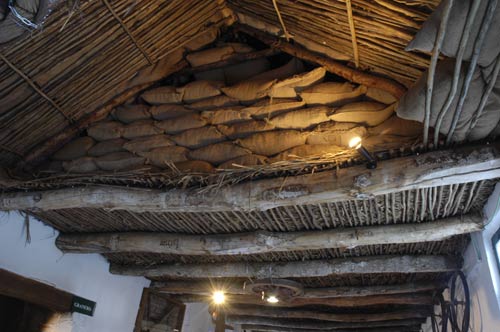 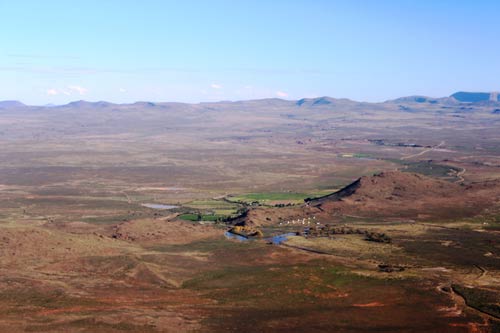 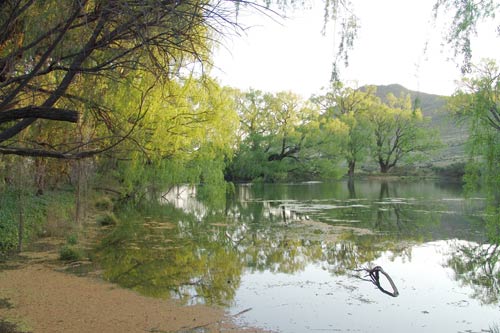 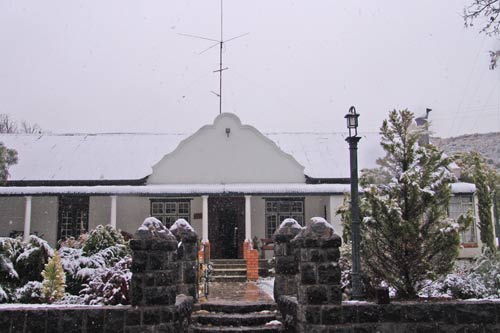 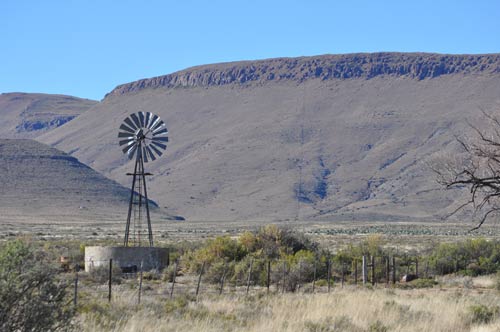 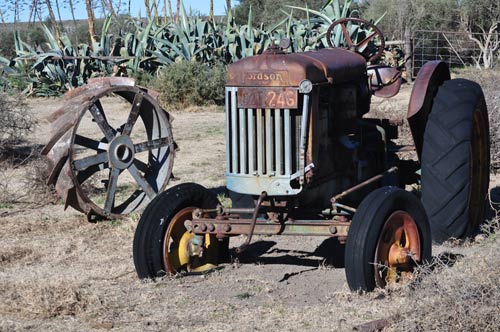 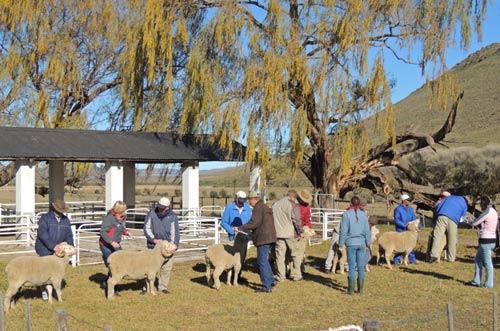 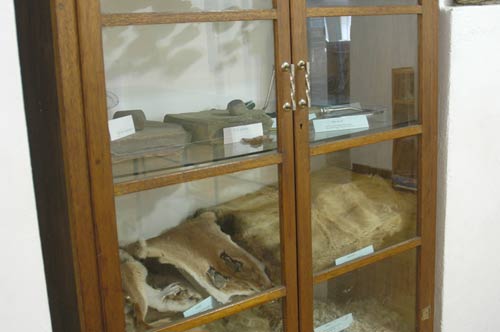 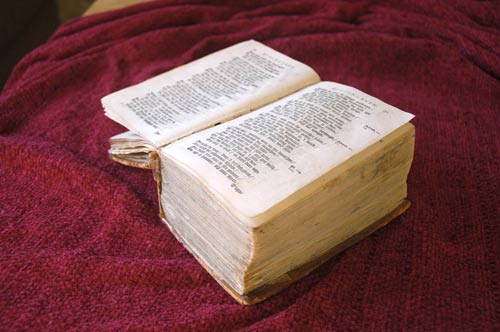 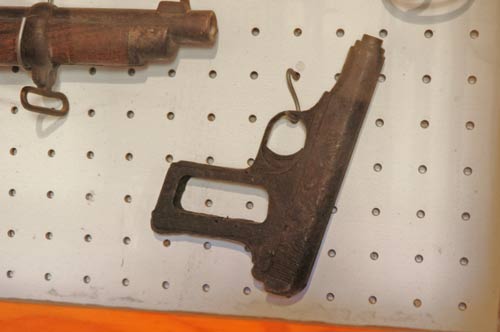 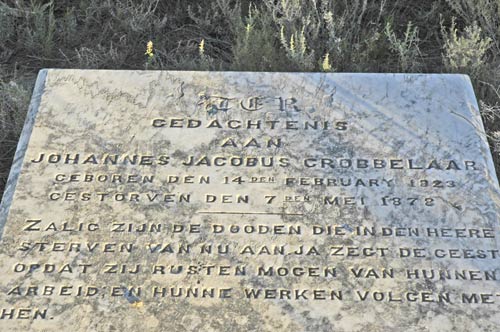